The manners that you should notice in a bowling game:

1.   Take your own ball; it’s impolite to take other’s ball.

2.   Do not shout before or after you throw the ball, do not act too over even you throw a strike.

3.   Do not throw over the track. Do not stay on the track after you throw the ball.

5.   Do not talk on the track, and do not disturb other player before they throw.

If you hit all the 10 tenpins at the first throw, that means you make a STRIKE.

It’s very difficult and complicated to count the score. Don’t concern too much about the score, play happily. 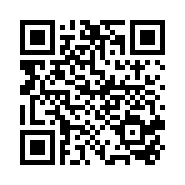