How to read the score?

Deuce means : temporary draw after each player get 3 points

Otherwise, the game will back to deuce.

Get 1 point to win a game. That’s game point.

If you’re good enough to make your opponent to lose his/her game which is lead by him/her, we called that break point.

If you release the ball in the begging of the game and your opponent is not able to hit back, which means you make an Ace ball.

If you hit the releasing ball back from your opponent and get score, which means you make a Return Ace. 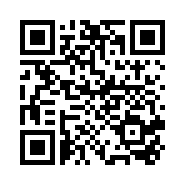