After the 13th group infection incident of swine flu occurred in a junior high school in Keelung Sunday, medical experts predicted that as much as 45% of Taiwan’s population could be infected in the future. The experts also pointed out that pregnant women are the most at-risk and should be inoculated first when a vaccine becomes available.


Medical experts have predicted that between 15% and 45% of the population will be infected with the new flu. A high point in infections is expected to be reached when colder weather arrives later this year and pregnant women are said to be the group most at risk. They should receive preference for vaccinations if a vaccine becomes available in October as hoped.


Lee Bing-ying
Infectious Diseases Society
No matter whether it is a seasonal flu or the new flu, both are more deadly for pregnant women, said Infectious Diseases Society Spokesman Lee Bing-ying. The main reason is that a woman’s immune system will be lower during pregnancy so that it does not attack the fetus. Pregnant women should be first in line to receive inoculations.

Despite the fast spread of the epidemic, Health Minister Yeh Ching-chuan has decided to quit his post to run for the post of Hualien County Commissioner. While frontline medical staff refused to comment, legislators on both sides of politics said the timing of the decision is very unwise. 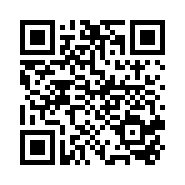