Injury-plagued New York Yankee's pitcher, Wang Chien-ming will travel to Alabama for a fresh examination of the shoulder injury he received during a game against the Toronto Blue Jays earlier this month. The results of the examination are expected to confirm whether or not Wang needs surgery or more rest. Meanwhile, Wang's replacement in the Yankees rotation, Sergio Mitre, missed out on a win against the Oakland Athletics but the Yankees came from behind to win the game and complete a very successful home stand.


Wang was placed on the disabled list back on July 5 but after two weeks of rest felt pain in his right biceps when throwing. After a second MRI, the Yankees medical team believes he may have a tear in the rotator cuff of his right shoulder. Wang flew to Alabama Monday, US time, to be examined by noted sports orthopedist Dr. James Andrews, who operated on the same shoulder back in 2001.

Team management has said that if Wang is suffering a tear it will end his season. If Andrews recommends surgery, Wang's recovery could extend into the 2010 season. A diagnosis is expected on Wednesday, Taiwan time.

Sergio Mitre, the pitcher currently filling Wang's spot in the Yankee's starting rotation, took to the mound against the Oakland Athletics early Monday Taiwan time. Mitre completed five innings while allowing eight hits and three runs. He had plenty of run support with A's starter Dallas Braden giving up three walks and three hits in the first inning as the Yankees scored four runs. Mitre was in line to get the win when he was taken out but the A's Mark Ellis got a homer off of reliever Phil Coke to put the Yankees behind 5-4.

The Yankees came back straight away, scoring 3 runs in the bottom of the same inning to take the lead again.


Yankees’ relievers Phil Hughes, Brian Bruney and Mariano Rivera made sure there was no further scoring. The final score was Yankees 7, A's 5 as the Yankees maintained their lead in the American League East Division. 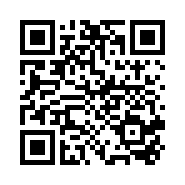