Thomas Daley Came Out of the Closet!

1. According to this video, what happened to Daley over the last couple of years?

C. His life has been a rollercoaster for him.

D. All of the above

2. What does Daley say he did not feel like doing when he was younger?

A. He did not like doing make-believe situations in school.

D. He did not like talking about his mother

3. Why is Daley angry with the interviews about him?

A. The interviews are not about who he really is

B. The interviews are making fun of him

C. The interviews blackmailed him

D. The interviews reported false information of him

4. When did Daley start this serious relationship of his?

5. Whom did Daley meet for this relationship?

A. An older woman

6. How does Daley feel about this relationship?

A. He cannot be happier.

B. He cannot be happy.

7. Are his mother and friends supportive of his decision to come out?

A. Yes, they are supportive.

B. No, they are critical.

8. Why did Daley make this video at this time of the year?

A. He wanted to tell his fans and friends before he leaves for   a training camp in Houston.

B. He wanted to be honest with people.

C. He wanted to make a statement on his own and did not want speculations from interviews or other media

D. All of the above 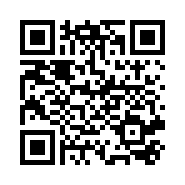